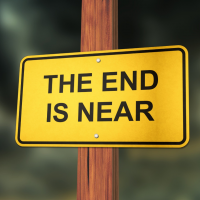 First of all we like to thank everybody for joining our talk in such big numbers. If you joined the talk, please rate it at our site (we already have some great idea´s for next year, so we like to speak again)

In this wrapup we will share with you the remarks that were made after the talk on the boards in our sponsor-booth and answer some questions that we could not answer during the session. I also reveal the new name for the test formally know as the regression test.

On the board ´Action without a thought is waste, so stop Regression Testing´

On the board ´I Love Regression Testing´

Our goal was to get you thinking about your daily work and wheater you are doing the right things. It is not always a good idea to not have a regression test: only if there is a real risk and you need this kind of expensive big test to uncover new problems. Otherwise, you can do without. We did actually test our idea at one of our customers (a big government program, so not a small test), and you can actually do without a regression test without having all kinds of issues.

We could not answer all questions immediately, so here are the missing answers:

New name for the test formally know as the Regression Test

This the test we described as ´i am not in control of my changes test´, the test that you should keep:

The new name we liked best is: Consistency Check